Notis Mitarachi: Greeting at the meeting of the Migration Committee of the Parliamentary Assembly of the Council of Europe in Athens

Notis Mitarachi, the Minister of Migration and Asylum directed a greeting at the meeting of the Migration Committee of the Parliamentary Assembly of the Council of Europe, which takes place in Athens.

Mr. Mitarachi referred to Europe’s need to examine the migration issue management as a common vision and that it needs to be seen in its entirety as a comprehensive issue, intersecting with economic development, labor mobility and security.

In his speech, the Minister of Migration and Asylum, Mr. Notis Mitarachi, also said that the vast majority of arrivals does not come direct from countries at risk, as defined in the Geneva convention, concerning the migration regime.

As Mr. Mitarachi mentioned, “so as to avoid, what is happening today, for first reception countries to face an uneven, an unfair burden it is required a model of  a better mechanism of border protection.”

Following, Mr. Mitarachi referred to the case of the 38 migrants in Evros and the fake news that were spread by the NGOs as well as the international Media.

In addition, he mentioned that the Ministry of Migration and Asylum has set up a Task-force for Fundamental Rights and has asked the Ombudsman and the National Commission for Human Rights to participate as full member».

During his speech Mr. Mitarachi referred to Greece’s successful migration management, emphasizing in the flows decrease and the creation of new Reception Centers in Samos, Kos, Leros as well as the improvement of facilities in Lesvos, Chios and Evros. «Our goal, for asylum, is to create an innovative paperless, fully digital asylum system, thus increasing efficiency», he said iand he also underlined the decrease of pending cases.

Closing Mr. Mitarachi said that «migration is one of the key challenges Europe is facing in turbulent times. We need to devise collective efficient management systems, share best practices, create protection spaces, but most importantly stand together on the issue».

The greeting in detail:

It is a great pleasure to welcome you to Athens.

I must be the shortest-serving Member of PACE. Appointed May 2019 but replaced in September same year, following the elections, as I was asked to join the Greek government. But I still take pride.

Migration is a common challenge.

Not only for Europe but for the World.

Driven by multiple factors, well known to all of us.

In response, we need a common vision of migration management.

Migration needs to be seen in its entirety,

as a comprehensive issue,

As an issue that Europe needs to address in a spirit of cooperation and solidarity.

We need to be clear: we need to provide shelter to those requiring international protection – under International Law,

but in a coordinated way.

As all EU countries agreed and implemented, in the case of Ukraine.

The immediate response of the European Union,

the activation of the temporary protection mechanisms and,

the right of free movement granted to Ukrainian displaced persons,

are steps unprecedented in our common history.

Rightly so, as Europe needs to be clear,

against those authoritarian powers, that want,

through the use of force,

to redraw European borders, in a revisionist agenda.

Let us focus now on our common challenge.

Some would argue that the European Asylum model is broken.

Vast majority of arrivals do not come direct from country at risk, as defined in the Geneva convention.

Smuggling networks, making a fortune, select who comes and lives in Europe.

Asylum backlogs, lack of reception capacity affects many countries, not Greece to be fair.

Free movements of recognized refugees within Europe is still restricted, despite the lack of internal borders.

Returns of those not entitled to protection are very hard and expensive to do.

Which leads public opinion in many countries to take a cautious view of migration.

We need to break this model.

Providing legal pathways, providing mechanisms of screening before arrival in Europe. Providing for relocation to all countries.

So as to avoid, what is happening today, for first reception countries to face an uneven, an unfair, burden.

A model that requires a better mechanism of border protection.

Some argue that third country nationals have an automatic, so-called right to access the territory, which trumps border protection.

The Geneva Convention does not encompass an unconditional right to access the territory.

If there existed such a right, the global visa scheme would be illegal. People should not be stopped at airports worldwide and they should have the right to fly anywhere in the world, be it Frankfurt, Brussels, or Athens and apply for asylum.

This would pave the way for globalized asylum shopping. I doubt whether this was the intent of the drafters of the Geneva Convention.

Greece is committed to protecting its border.

Especially as we benefit from bordering with advanced democracies, Members of the Council of Europe.

Border protection is pressing, in times of instrumentalization of migration,

It is prescient in the face of migrant smuggling,

And it is demanding in an era of proliferating fake news,

Greece has to cope with all three challenges,

sometimes all at once.

The response should be threefold:

crack down on migrant smuggling,

We will invest more time and effort responding to many unfounded claims involving migration.

As those that have lost benefits, compared to the mass migratory flows of 2015-2019 are reacting to our policies.

Most recent incident was an event in an islet on Evros, where NGOs and international Media accused Greece of not acting fast and for the death of a 5 year-old child.

Few weeks later, the NGO who took the case to the European Court of Human Rights publicly admitted they where wrong about the location of the incident.

Review of Court Filling, comparisons to those rescued, and analysis of the photo material revealed that there is no missing child.

Similarly, analysis of so called “findings” by a Group of European Media on so called “pushbacks” by the appropriate authorities concluded lack of evidence and tampered video material.

We need to be cautious of fake news, as unfortunately human smuggling, is a big business.

Recognizing the importance of institutions,

the Ministry of Migration and Asylum,

has set up a Task-force for Fundamental Rights.

We have asked the Ombudsman and the National Commission for Human Rights to participate as full members.

We are also in the process of hiring

a Fundamental Rights Officer in the Ministry.

Border protection goes hand in hand with offering safe haven to those in need.

We operate today 34 Reception Camps and also have 10 thousand places in urban flats.

We are doing our part. But we need to work together.

It is our position that we the European Union should create a Common European Protection Space for beneficiaries of international protection.

We argue that refugees should have the right to access long term resident status after 3 years,

as was the initial proposal of the European Commission.

We need to deflect criticism of double standards: indeed, why is free movement and settlement in Europe allowed for Ukrainians, and not Syrian refugees?

We need to share the integration burden in a fair manner.

We need to get the EU / Turkey 2016 Joint Statement back on tracks.

Migration management is not only about envisaging our common efforts. Change starts at home.

Over the last three years, Greece has seen drastic improvements in asylum, reception and the protection of unaccompanied minors.

We have created new Reception Centers on Samos, Kos and Leros with the support of the European Commission.

These Centers are fully compliant with EUAA standards.

We are in progress for improving facilities in Lesvos, Chios and Evros.

Already we have reduced the backlog from 200 thousand cases in 2019 to 30 thousand today.

The government has set as one of its strategic priorities the protection of unaccompanied minors.

We worked with our EU partners on a relocation plan.

Those that are in Greece are no longer kept in police custody or camps, but at specialized shelters, with all needed support.

We operate a National Emergency Response Mechanism, a 24/7 hotline, to locate and identify children in need.

Migration is one of the key challenges Europe is facing in turbulent times.

but most importantly stand together on the issue.

In line with our common values. 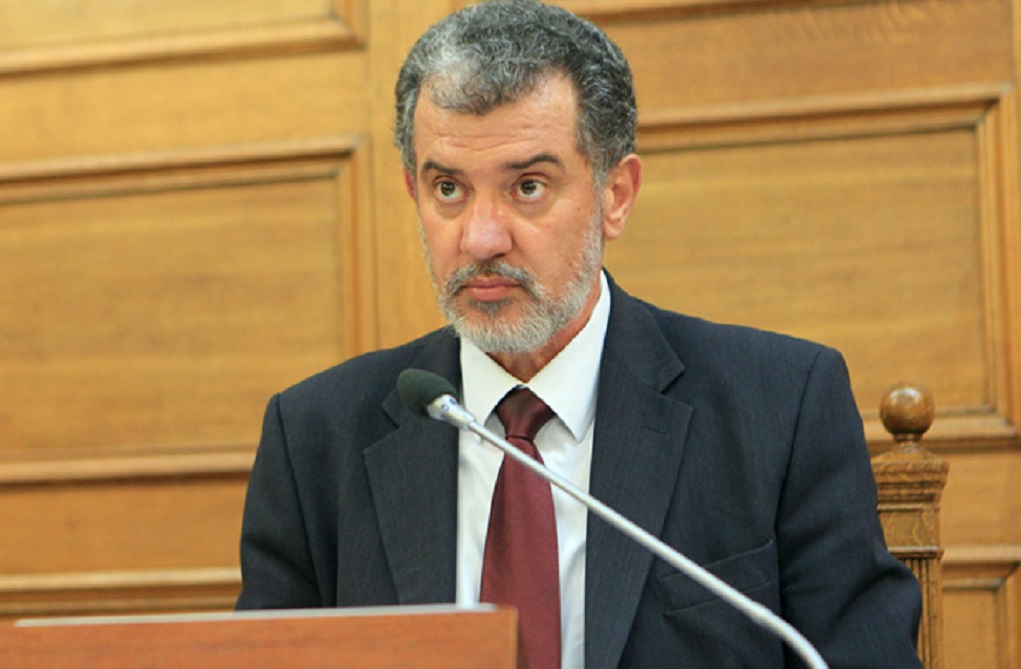 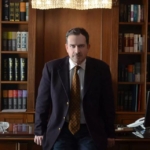 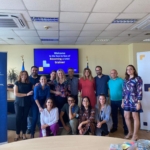 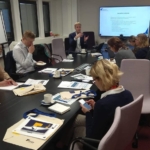 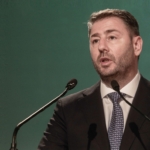 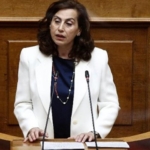 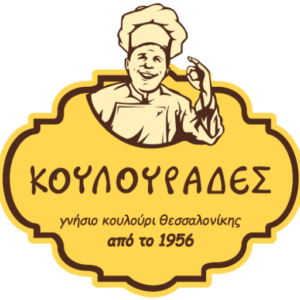